The future is always in motion…

I know it’s been awhile, but you know how things get in life and sometimes it’s gets crazy. Been a bit busy with work, and sometimes it cuts into recording podcats and playing. Thank you all for continuing to follow me I really appreciate your patience. I have some plans for upcoming podcasts that is a little of of the norm, hopefully as long as plans continue. But also let me say sorry for the break in podcasts, but timing of recordings is a bit of a challenge. 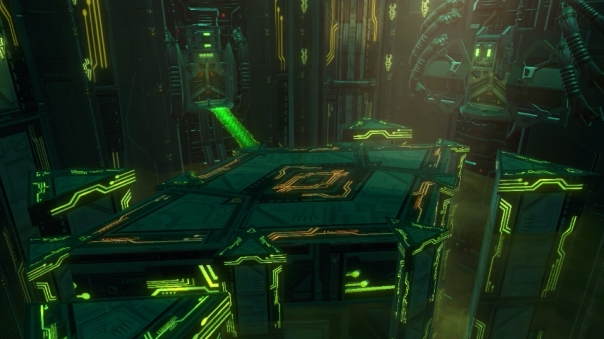 I still been following the news, seeing certain people come and go. But it does make me wonder about the state of the game, Keith released the 2017 Roadmap and I can’t say that I’m overally impressed. There’s been alot of controversy in regards to the delay of the Roadmap, both sides make some interesting points. But nonetheless, we have the roadmap now. Some would say that #Bioware is out of the loop with hearing their fanbase, and with changing of personel around. I might agree.

I have spoken with some players to take their feedback, I was not impressed with #KotFE and some have finished #KotET felt asthough the story lacked. Honestly, I’ve gone through #KnightOfTheFallenEmpire twice, on only 2 characters. The first time, I played through it, I watched all the cutscenes. Second time, I just spacebarred all the way through to 16 chapters and along with the bonus chapter. The HK chapter was amusing. It’s not to say that all the chapters were disappointing, it had its humor points. I’m still finishing up #KnightOfTheEternalThrone. But I’m not going to go through them on veteran and master mode.

I will say that my journeys into Harbinger and now taken me into what I enjoy and now I’m finally back into progression, my old guild on Jedi Covenant did progression. And it feels so good to get back into the swing of progression, doing veteran modes and master modes of operations. I have been learning so much from veteran players of progression and meeting new players, there’s always something for me to learn and adjust. New ways to push myself. A sense of accomplishment.

This game has needed a new operation for awhile, and Bioware now sees the demand for keeping the characteristics of a #MMO, some story is good, but the game needs activities for players to want to push themselves. Otherwise you’re just a healer that doesn’t know how to use a cleanse. Now what I think is that Bioware should revert the storymodes to include all the previous mechanics of the storymodes as before, meaning, in Karraga’s Palace learning the puzzle on Fabricator to familiarize all players how to do it. And in Dread Palace having all three portals put back in the Calphayus fight so that players again can learn what to do in that fight. But that’s my opinion. Storymodes are just auto-pilot for players.

I know, I know, some players in the past cried about how difficult it was to do a storymode but that’s what doing operations is about, learning. Moving forward, I think it was smart of Bioware to remove the master mode of Eternity Vault and Karraga’s Palace. Otherwise you’d have what you did in 4.0 where players just doing the priority of only those two operations. Players need to have drive to want to excel themselves and moving beyond their comfort zone. Granted they may want to do operation runs with their guilds to get mechanics down. More like a safe zone, cause sometimes you’ll have “That guy” that justs wants to get it done and over with.

As I’ve said this before, #swtor has alot of potential, and players want to immerse themselves into the world of #StarWars. We’ll just have to strap in and hope that we start to see more of the development that the fans want in this game.

Stay Tuned to The Balance Force.

Posted on 06/05/2017, in Gaming, MMO, Podcast, SWTOR, The Balance Force and tagged #swtorfamily, bioware. Bookmark the permalink. Leave a comment.