So… your stronghold or mine? 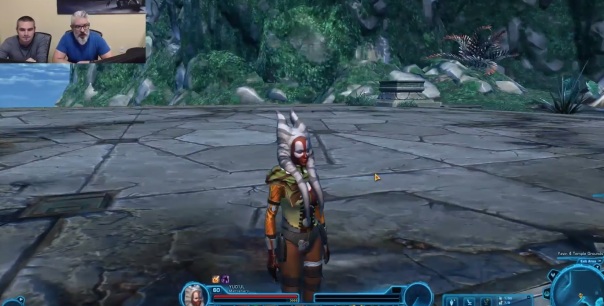 Lots of things have been happening in SWTOR. Recently Jedi Covenant had it’s Guild Summit Meeting. The Dev Stream on June 3rd with a Togruta and the Yavin Stronghold. TORCommunity and Dulfy have a lot of the details, but if you missed the broadcast here it is.

END_OF_DOCUMENT_TOKEN_TO_BE_REPLACED

First off, I want to give R3dn4 and Ordoo a shoutout on their New Podcast which is available on iTunes, Stitcher and their website. If you like Star Wars Canon, you’ll love these guys. You can follow ‘It’s a trap Podcast’ on Twitter. These guys have been working hard to bring this new and exciting Podcast. Give them a review on iTunes and Stitcher. (Waves hand) You WILL listen to this Podcast.

END_OF_DOCUMENT_TOKEN_TO_BE_REPLACED

Let me first start off by saying thank you to the guys from ‘The Usual Podcast’, these guy are phenomenal. Their energy, beer, subjects, beer, comedy, pop culture, beer, movies, beer, are amazing! Did I mention beer? Also Marshall (@darthpops) and Will (@iamwillgriggs) have been asked to do ‘Galactic Gamers Coalition’ podcast. Now that’s awesome, if you haven’t listen to them before. DO IT! Now as a community if you are up for a challenge go to iTunes and give these great guys a rating. They deserve it. DO IT!

END_OF_DOCUMENT_TOKEN_TO_BE_REPLACED

With seeing Bioware partner up with ESL (an esport company) and just a couple of weeks later after announcing the speed run competition. That it was cancelled. Patch notes for March 3rd, stated putting the Coratanni encounter ‘in a better place’. Or is it, being on a friends teamspeak today listening to them do the Cortanni encounter, it may not be fix or a better place. Which brings up the question, could Bioware not get it fixed or the better place? It sadden quite a bit of players, but there has to be some real issues for Bioware to cancel the speed run.