← A disturbance in the force…
The Balance Force: FFXIV Aetheryte Edition →

Over the past few months, I have not really had the desire to login to #swtor and thinking about as to why. And some may agree and others not so much. Now as most you know that I’m very direct and blunt in my blog posts. So I have had time to really think on some things, I spoke with friends that have left the game or waiting for their subs to run out. Lots of aspects have changed through the lifespan of the game and some more favorable to some players and other aspects still leaving much to desire. But let’s be real, yes I have tweeted out of the lack of content of the game, and it’s true. Some of you may ask/say to yourself “Yeah there is.”, but let’s break things down. 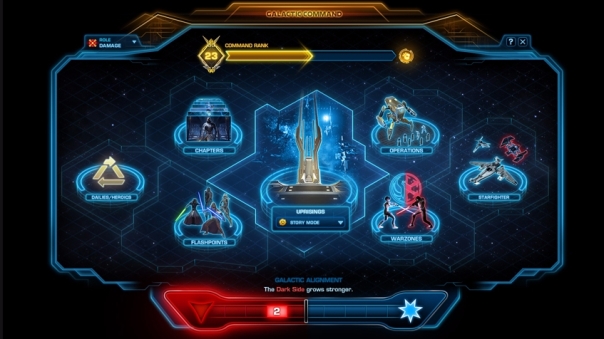 #Bioware’s direction is to have players run the same hampster wheel over and over. Shifting the carrot to encourage chasing of the CXP pack/gear that is completely RNG. Galactic Command has 7 activities per week, Uprisings, Flashpoints, Operations, PvP, Galatic Starfighter, Planetary missions, and finally Story Chapters. So realistically you’re having to gear up 370 levels to reach so-called end game, to be able to get the highest tier of gear that is rating 246/248.

Back when 5.0 dropped, many progression raiders we’re still able to clear Nightmare/Master Operations but there was a problem, the gear drops weren’t there to be claimed.  Remember when Bioware announced that they will not be having Nightmare/Master mode operations anymore. Bioware was more focused on the casual gameplay. There wasn’t much lefted to entice end-game progression players.

Swtor isn’t a bad game, the game has alot of potential and still does, but lately is really been geared for the casuals. Progression is limited to a small handful of players/guilds. I was speaking with friends and other progressions raiders and they concur with the assestment of the state of the game. Currently players do easy hardmode operations such as Eternity Vault/Karraga’s Palace to get there 242’s and move into PvP/GSF to get the unassembled components to upgrade their gear to 248’s. So really the only way to get your gear of 248’s are pray to the RNG gods (if you’re at command rank 300) or just to skip the grind and go into EV/KP hardmodes do PVP/GSF and that’s it. Rinse and repeat for any additional characters that you may have. At this point it’s just eliminating one from actually trying to do Nightmare/Master mode operations. Granted if you do decide to do a NiM/Master mode, you’re only guaranteed to have 248’s drop from the last boss. Meaning that you have a greater chance of only getting 244’s and/or 246’s and it’s not a unassembled token, only the last boss has the unassembled tokens.

Bioware simply discouraged progression players, I mean come on, how many times does one want to run EV/KP over and over again? Most that I have spoken with only log in about once or twice a week just to run progression and log out and play another game. The thing is that not everyone plays the same way, I know players that only do one aspect of the game, but just because it’s in the game not everyone does it. Some players really enjoy decorating their Stronghold’s, it doesnt means everyone does. So just because there are other avenues of getting CXP, the reality is that it doesn’t mean that everyone else will do the same. And one is NOT require to just do it because someone says so. Play the game how you want to play and don’t let someone bully you into thinking that you have to. 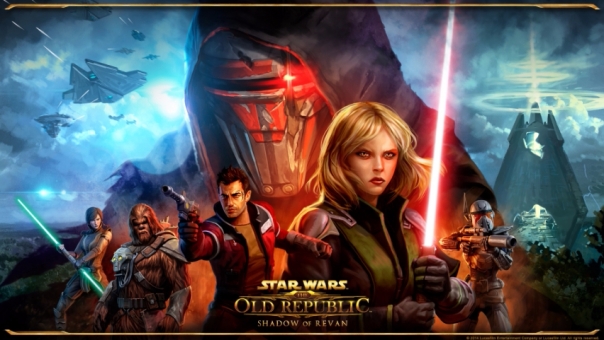 Swtor is now running a promotion for a limited time to free-to-play players/preferred players http://www.swtor.com/info/news/news-article/20171023 where you get the Kotor speeder, Rise of the Hutt Cartel and the Shadow of Revan expansions, that’s great for new players. But remember this is for a limited time. (Ends November 6th)

With server merges happening soon, it will be interesting to see how things shape up. But there are alot of things that need fixing and to be streamlined.

← A disturbance in the force…
The Balance Force: FFXIV Aetheryte Edition →