← So… your stronghold or mine?
“Knights of the Fallen Empire” leaked info →

So it was announced today June 12th for what’s on the agenda for June 15th for E3 for EA. Most importantly, SWTOR ‘Knights of the Fallen Empire expansion’. Hype has been hitting the Twitter feed under #swtor and #faceyourdestiny hashtags. 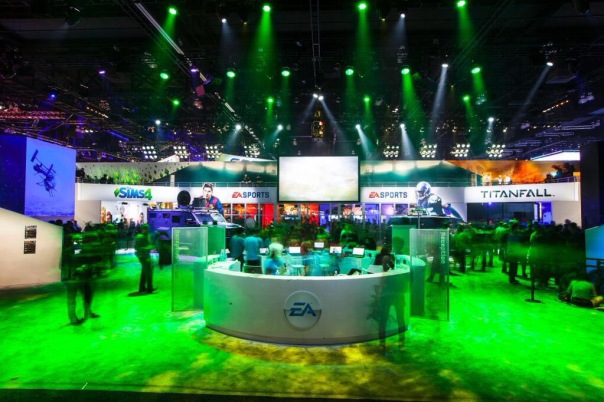 The following may present spoilers.

The hype is building, ‘I felt a great disturbance in the Force, as if millions of voices suddenly cried out in…’ well you get the idea. Eric Musco posted the following: (Link)

Speculations has been hitting all fronts, hints as what’s to come. Even myself, that I have been looking at the following pictures thinking. New worlds, new companions to recruit. New worlds, let’s take that first. Not one world, but more than one. Could it be a couple more, a few more? Now the question is, which planets? Guesses? New companions, could it be Lana and Theron join us in our adventures? Or do you think it more than just one companion joining us?

The pictures above have me thinking, clones? The Grey Jedi’s? I’ve been looking closely at the lightsaber colors. They are not blue, green, or red. So, are they white, grey, gold? One outfit is black and the other white. Maybe something along the lines of keeping the balance to the force? A yin to yang? Republic Troopers all on the ground, and a dying Jedi. A Republic Starship crashed behind them? An epic battle? The full scene of this trailer is going to be an edge on your seat type. Or are we looking at the Fall of the Republic and the Keepers of the Peace, the Jedi Order? An Order 66 protocol, As I’m typing this up, I keep looking at these pictures thinking, ‘What else can I get out of these pictures?’. Could have the Gree created a superior soldier to wipe out the Republic? Or the Empire, or both? What about the Rakata? But the title of ‘Knights of the Fallen Empire’, and remember that the Republic is considered an empire.

What are your thoughts? I guess we’ll find out soon enough. But so far it looks exciting.

← So… your stronghold or mine?
“Knights of the Fallen Empire” leaked info →